This week I just wanted to have a little fun with the Sesame characters. After weeks of traumatic suspension, I needed to let loose a little. So, I just made them a little freaky. 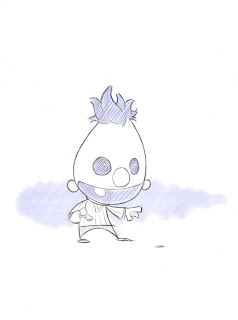 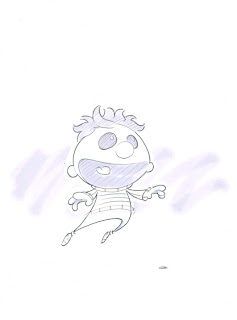 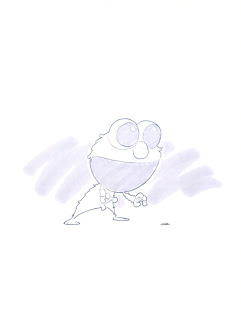 Elmo. I didn't like this one so much. I liked his body, but the head fell apart. 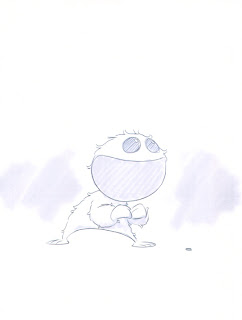 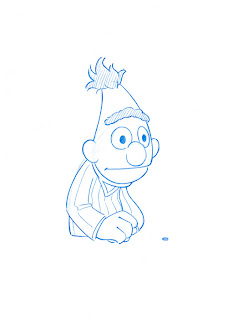 This is Bert from the week before. I was still feeling a little traumatized from the layoffs. That's what I tried to capture in Bert's pose. I just imagined him rocking back and forth a little.
.
.
.
1 comments

So, last week was the week of the dreaded layoffs. It was not a fun week. Very stressful up to the day. Most people couldn't concentrate on work. So, everyone was just exhausted from the mental strain of the anticipation. And, that was all I could think of as well. So, I put it into my sketches. 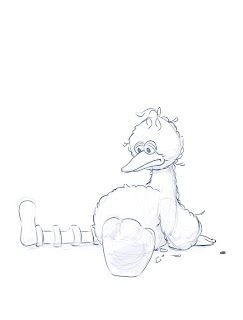 People had been exhausted from the week before. And, on Monday, people were just not moving. 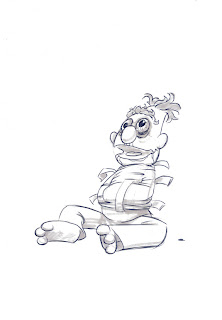 And, on Tuesday, everyone had gone over the edge from the anticipation. It was as if everyone had enough of feeling horrible and just snapped. 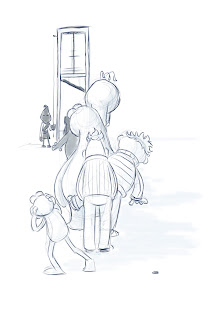 And, this was the feeling I got when I walked to work on Wednesday. Just a bunch of us walking to work not knowing who was to be cut. Sorry, its so rough. This was the first time I covered more than one character in a 30.
.
.
.
4 comments

I ended up skipping one week because I only had one sketch. Yep, slacking a little. There is a lot going on these days at work and out of work. Stuff that takes up a lot of thought time. So, it was hard to actually sit down and focus on 30s. I know I know, excuses excuses. But, here are the ones that I managed to get out this week and last week. Enjoy! 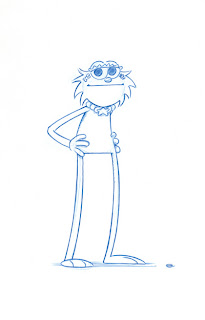 This one from the earlier week. I was still on the tall lanky thing. 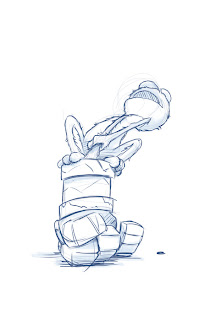 I finally saw Hellboy 2. I didn't follow the novel, but liked the movie. It inspired this visual. 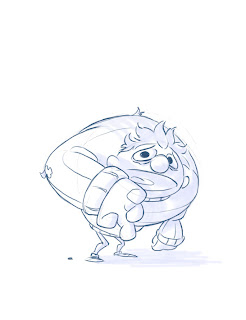 Staying on the monster theme, here's Ernie as a hunchback type of character. Yes, he is supposed to have such mismatched arms. 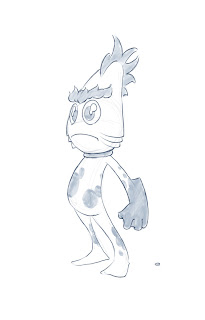 This is "Aqua-Bert". Yah, he's just not himself without his nose.
.
.
.
0 comments
Newer Posts Older Posts Home
Subscribe to: Posts (Atom)