Here's a little preview of something I'm working on for Sesame. 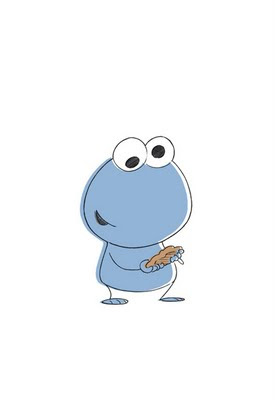 If you've been following my posts, this will look familiar. These were originally from my 30s. And, I've just added some soft colors. Let's hope the non-artists that make the calls find if recognizable enough...
2 comments

I've been feeling like a slacker lately on my postings, so I'm going to share a little of what I've been doing outside of my weekly 30s. 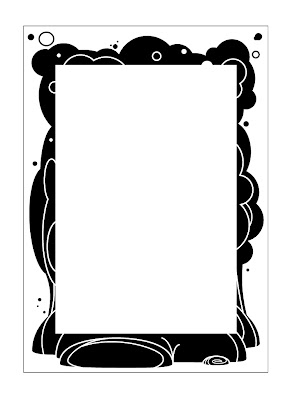 I was approached by PACT (Parents and Abducted Children Together) for a project. They're a non-profit organization in the UK that supports abducted children and the families of abducted children. The idea was that they wanted a "frame" for celebrity supporters to draw in so they could auction off. Their initial guidelines were that they just wanted some kind of frame in B&W. I took that and ran with it. I was thinking of what children like and about the children in those specific situations. I thought about what represents freedom. And, something that should be accessible to everyone. Nothing you have to buy. So, what was this? This to me was nature. Water, land, trees, clouds, and sky. That's what I did. Stylized it. Submitted it. It was rejected. Something about distracting from the celebrity's art. They came back with another idea. I knocked that out and they're going with that. But, I'm showing this one because its the one that I like and I wanted it to live somewhere.
0 comments

It's been a couple of weeks since I've posted. I was bitten by the virus bug. I think it was food poisoning from this place we ate at lunch. Chirpin Chicken. Pretty sure because I was still sitting at lunch when I got my first stomach cramp. Then, I was out. I was not right for about a week. Damn little virus. Anyway, here are a few images representing how I was feeling on those days. 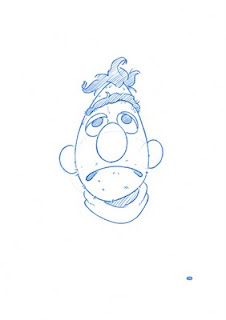 Never put stubble on Bert before... he is only a kid. I think its pretty funny tho. 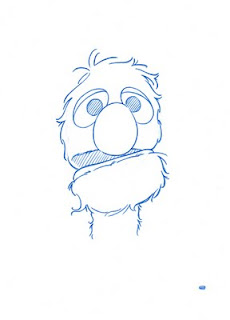 Here's disheveled Grover. You know how it is. You're just thinking "why!?"
0 comments
Newer Posts Older Posts Home
Subscribe to: Posts (Atom)