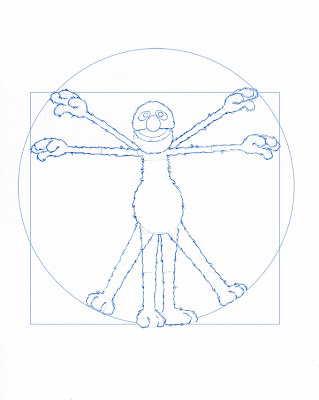 Here's a little something I did for a concept to be used on a t-shirt that was to be used "in house". One of the other designs I did was picked to be used, so this is as far as this design got. This was actually sketched off of the puppet. So, the arm, leg,and body are more accurate to the actual puppet and not so much the illustrated versions of the characters. Enjoy!
0 comments

Life has been busy lately. If you haven't heard, I've been working on this project called 2Bs. Visit our site at http://my2Bs.com and join us at http://Facebook.com/2Bnation. I've been trying to get the word out to friends and family. It's pretty time consuming to keep things moving in terms of setting up shop, tweaking the site, and spreading the word. Thanks for all the support from all those that have joined us in our silliness and especially to those that have picked up their own 2B items. Anyway, enough of that, here's a sketch I actually got done last week. 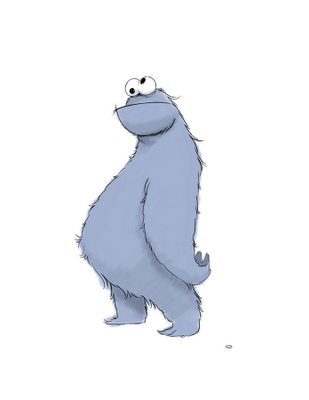 The day job has been busy too. I know, its only one sketch. Weak. But, its in color...sort of. And, its Cookie!
1 comments 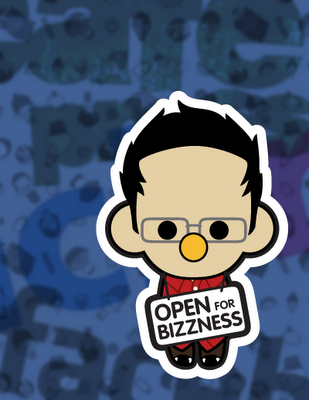 This last week I started on a little business venture with a friend of mine. Our site is my2Bs.com. It's a design style we've played with for a while. They're called 2Bs. I've done some full custom work with it and thought that it took on likeness pretty well for a design that is quite limited in detail. So, we actually developed the line to work more towards toys at first. But, a business partner flaked out, so the idea sputtered. After some time and some more custom work with the design, the idea for doing custom products came about. We had some great feedback at craft fairs, so we decided to take it up a notch. And, here we are. We're still working the kinks out, but its moving. Stop by for a visit if you like the design. See what you think. Let us know what you think. And, if the mood strikes you, buy something. The piece you see above is our opening image. Something I threw together at the last minute because I didn't want to start the site off with a bunch of text only.

Here are some designs inspired by the Inuit art used during the Canadian Olympics. The medals looked like someone ripped them off of a tin can, but the patterns on the medal and on the graphics used throughout were inspiring. I don't think I did it justice, but I tried. Here are a couple of my attempts. 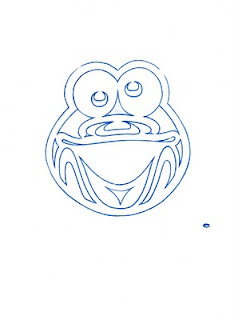 I worked Cookie out in pencil form first. In the end, I liked the pencils more than the digital version. 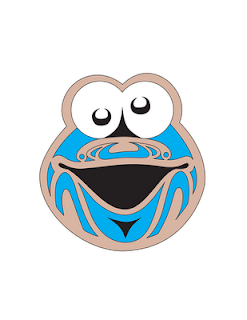 Then, went to Illustrator to throw some colors on it. 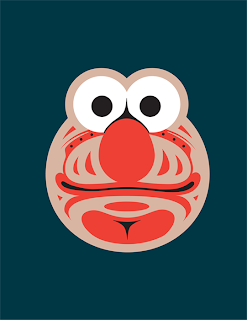 Elmo was actually the one I did first. I did a quick thumbnail sketch and went straight to Illustrator.
2 comments
Newer Posts Older Posts Home
Subscribe to: Posts (Atom)