As you may have seen in earlier posts, I designed a line of Sesame characters that were called Sesame Zombies. Yes, the name was not where the creativity was focused... it was sort of a working... Aaanyway, as I've mentioned before, its always a battle to get more stylized art out beyond the walls of Sesame. Most of the time the art makes it into the international market, but domestic never sees my work. But, this time, my Zombies made it. They caught the eyes of our friends at MightyFine. Their Sesame Zombie shirts dropped this past week. Check em out! 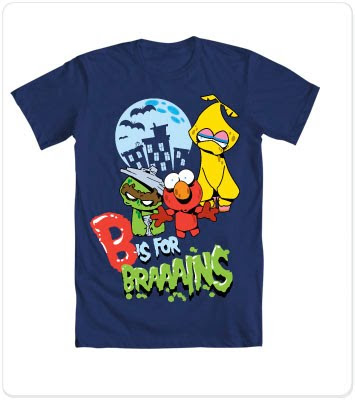 The first is using the Big Bird, Oscar, and Elmo. They altered the original designs for their uses, but that's what happens. Check out this shirt here. 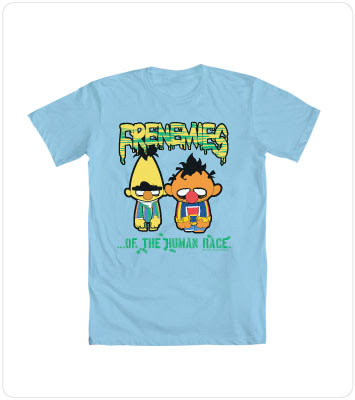 Here's Bert and Ernie. These were the closest to my original designs. They swapped out the pupils I originally used. They preferred a light blue tiny pupil. I originally had larger black pupils. Check this shirt out here. 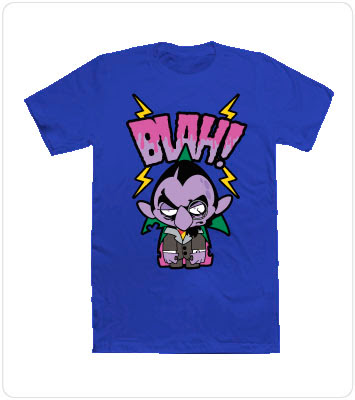 Here is the Count. The Count was actually my favorite design to work on. He lent himself well to the theme. Check this shirt out here.

So far, this is the first product to be released with the Zombies. There are rumblings of more products to come. Stay tuned!
2 comments

It's been a long time. -Place excuse here- Here are the most recent "30s". I aim for 30 minutes, but most go over. And, I'm too lazy to call them anything else... so here they are. Enjoy! 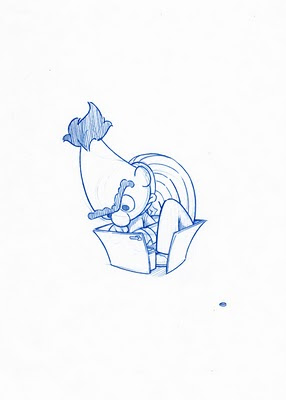 This one was done in expression of how I felt in our "swing space" at work. We're in little cubicles. Try fitting a 21" monitor, 21" Cintiq, scanner, desktop drawing board, and more into a cubicle and you'll understand what I mean through this sketch. 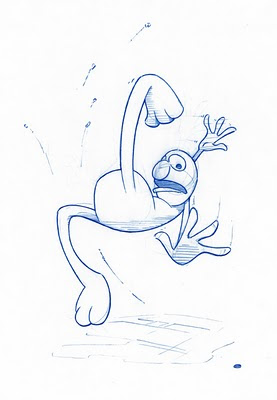 This one was done when NYC was hit with all the snow and the city didn't do much to ease the stress of getting around. I lucked out and did not take a spill, but many others sure were not that lucky. This was inspired by a logo a fellow co-worker (Molly!!) brought back from a trade show. I later did a vector version... I think its meant to be vector art... :) 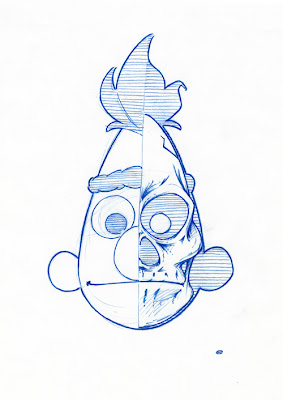 Sigh... this was inspired by the release of the Dissected Milo figure by Kaws. I waited for the release time, got greedy and tried for the full set, got them in my cart, clicked "check out", and watched as each of them sold out before my eyes, and ended the experience with none. I was so pissed that I had to do a dissection of my own... 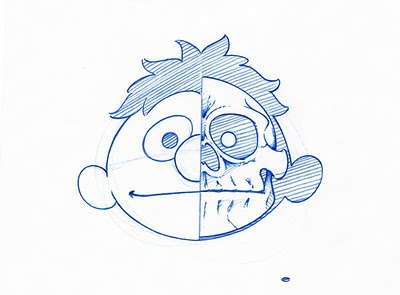 Of course, you must realize that a true dissection of these character would have a skeletal hand instead of a skull. It did cross my mind, but I needed to do a skull at that point. I plan to do a few more versions of a puppet dissection. These were my initial ideas following the aftermath of getting all hyped up to drop some serious cash for toys and feeling like a loser ending up with none. 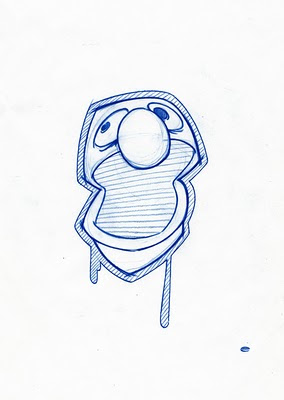 Finishing off with an idea I was working on for a shirt for a company event. I like these opportunities because it means that we can push the designs farther. For its purpose, I think I need to push it more...
1 comments
Newer Posts Older Posts Home
Subscribe to: Posts (Atom)